A Few Thoughts On Grant Hart and Husker Du

Like many of us, I woke up to the news that Grant Hart from Husker Du had passed away.  The first time I heard Husker Du was off the "Never Mind the Mainstream: The Best of MTV's 120 Minutes, Vol. 2". (Looking at the track listing, I'm pretty sure this album is how I first discovered other bands too, but that's a story for another time.)  I was a bit late to the party on the band, admittedly.

Then Sugar came out, and I didn’t like it.  Bob’s vocal delivery really annoyed me, and I couldn’t listen to them until several years later, after reading “Our Band Could Be Your Life: Scenes from the American Indie Underground 1981-1991”.

Reading that book got me to re-listen to the Sugar records, and they’d all somehow grown on me. I didn’t mind Bob’s delivery any more.  It was more closely linked to the Husker Du records now for me.

The touring bands in that scene, at that time, did it purely for the love of music. There was no money in the 80’s college radio touring circuit.  Husker Du were living on food stamps, sleeping in garages, or condemned churches, stealing boxes of spare ribs from the back of Chinese food delivery trucks, because they had NOTHING.  Yet they kept touring and making records.  Every fan, every record sold, every band that now sites Husker Du as an influence was EARNED via them having one of the most solid work ethics in the history of indie bands.

One of my previous bands was named after a Husker Du reference (which ended up being the best thing we ever did in that band, sadly).

Last year a seemingly official Husker Du website popped up that started selling merch for the band. Rumours began that they may reunite and tour.  Nobody in the band was saying “no”, nor were they saying “yes”, but we saw several reports of “we’re kicking around some ideas”.  I nearly lost my mind.

Look up the footage of Dave Grohl talking to Bob Mould about inducting him into the Rock N Roll Hall of Fame.  Dave is such a huge fanboy.  (And if there’s anyone with a brain in their heads at the Hall of Fame, this induction should be one of the easiest things for them to accomplish).

Fifteen-ish years ago, I think, Grant played a solo show in San Francisco.  It was at a small club; WAY too small for someone with his resume and reputation.  I don’t remember why, but I wasn’t able to go.

I was fortunate enough to see Bob Mould play a solo show in San Francisco last year.  He played a few Husker Du songs (as expected).  Alas, now it looks like that’s as close as I’ll get.

I’m sick of my heroes dying.  “It makes no sense at all.”

Thank you for all the inspiration, Grant.  You and your bandmates are still a big part of what still keeps me going. 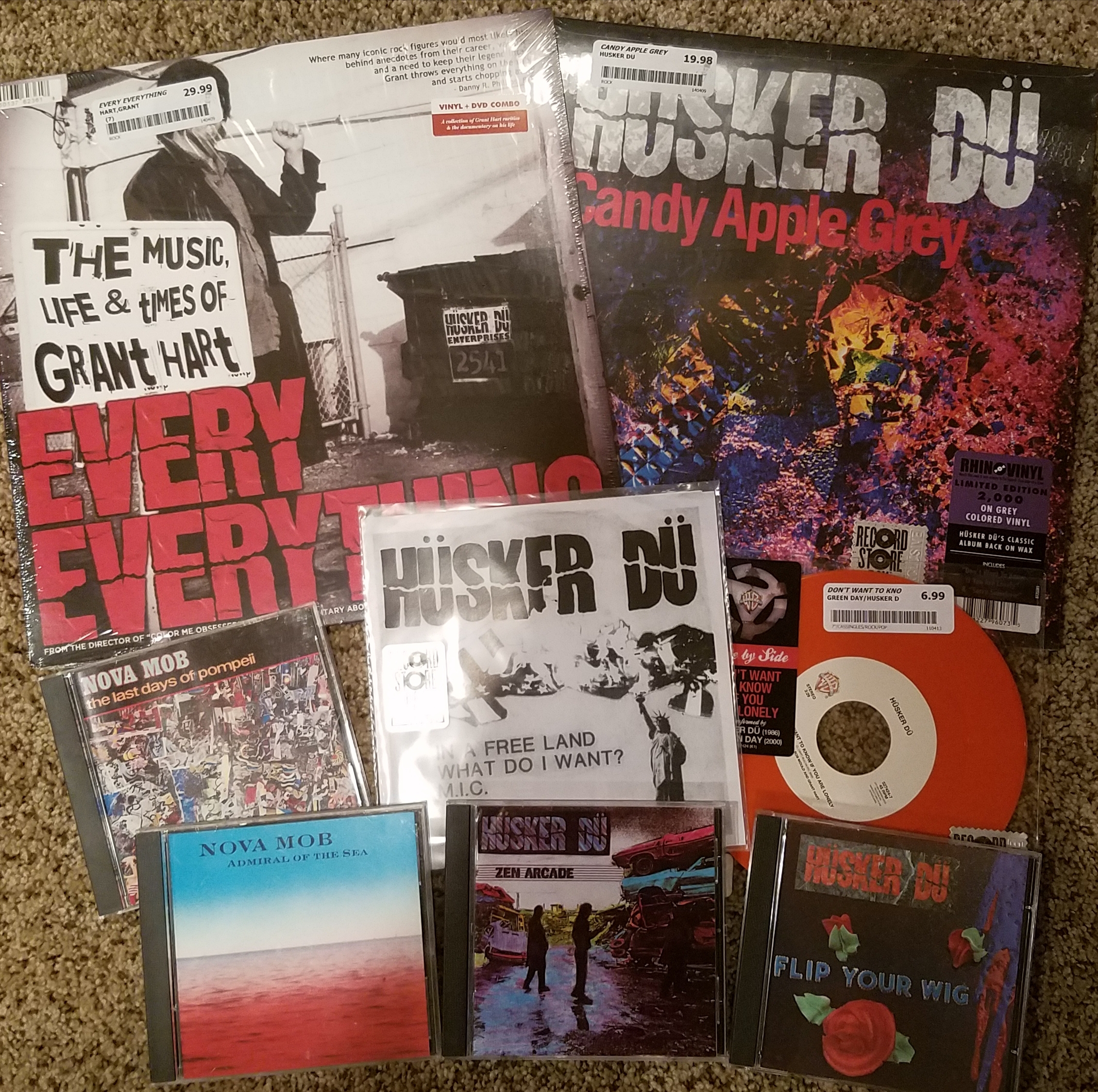